In Jharkhand, Congress replaces 4 dist presidents within 2 days of appointment 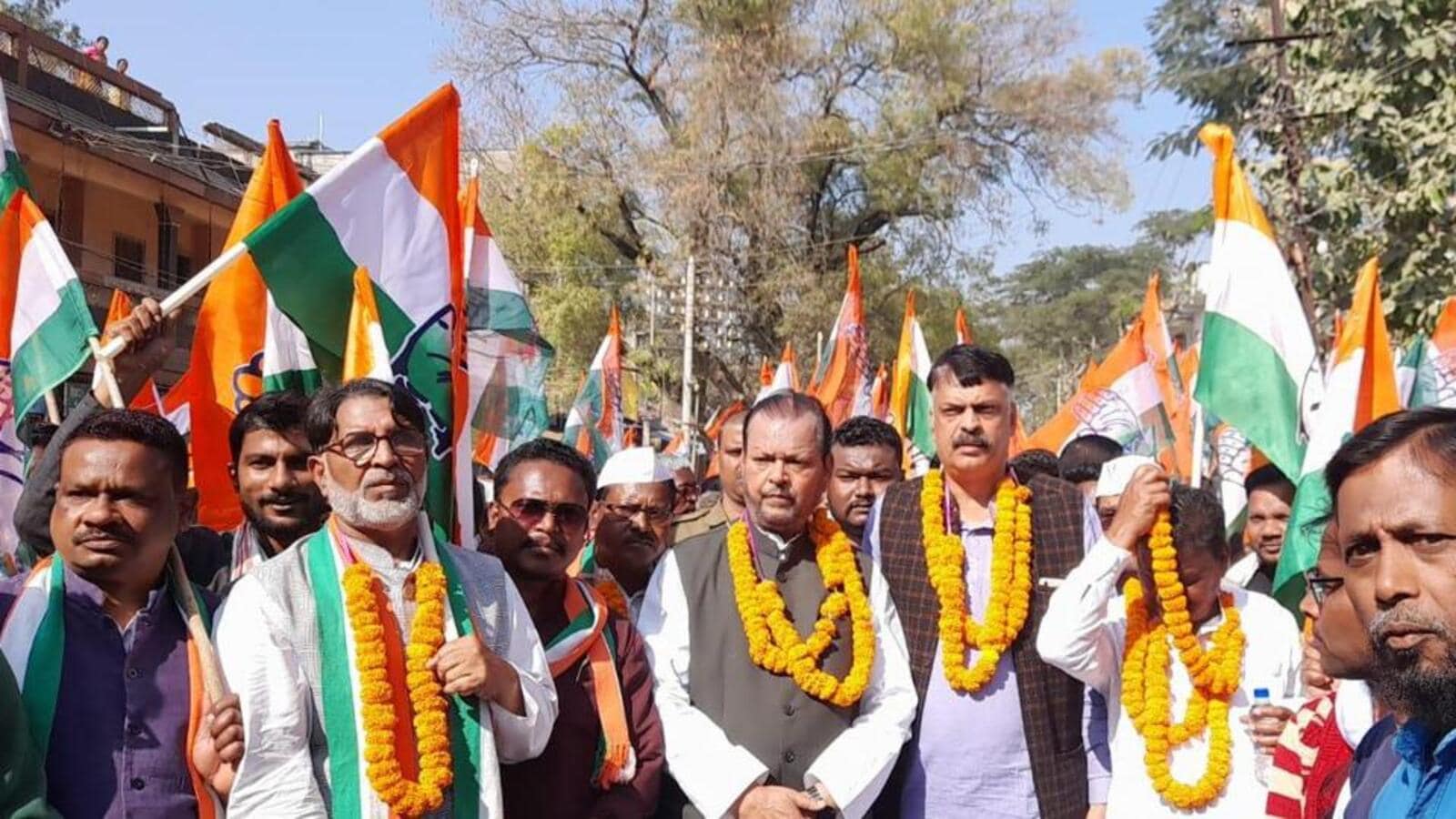 Ranchi: The Congress changed four district presidents of the party unit in Jharkhand on Tuesday, barely two days after their appointment, after criticism that the party had excluded Muslim or Dalit in the list.

“Shantanu Mishra, Shrikant Tiwari, Anil Kumar Ojha and Narayan Barnwal shall be accommodated as office bearers in the Pradesh Congress Committee, Jharkhand,” the statement said about the four who were replaced as district presidents.

The party, on Sunday night, issued a list of new presidents of the 25 organisational districts of the party in Jharkhand.

It was for the first time that the state unit had invited applications from eligible candidates and a panel led by AICC in-charge, PCC president, working presidents and centrally-appounted returning officers conducted their interviews.

The final list of 25 that emerged at the end of the exercise, however, was sharply criticised with party leaders pointing out that a significant proportion of the new office bearers were from the so-called upper castes.

A Congress leader who spoke on condition of anonymity said Jharkhand working president Shazada Anwar wrote to AICC’s Jharkhand in-charge Avinash Pande on Tuesday to review the list and include workers from the minority and Dalit community. Some party workers also staged a protest outside the state headquarters and burnt Pande’s effigy.

Jharkhand Congress president Rajesh Thakur said while the appointment of new district presidents was done “as per the declared procedure”, the party leadership has changed a few names after some concerns were raised.

“We are a democratic party. All appointments were done as per procedure after conducting interviews. However, a section of party workers raised certain objections which were duly reviewed. Consultations were done by the central leadership with stakeholders and changes have been announced accordingly,” said Thakur.

A party leader, however, said there were some in the list of 25 who were selected without appearing for the interview.

What Is Threshold (T) And Why Is This Lesser-Known Coin Swelling By 146%?