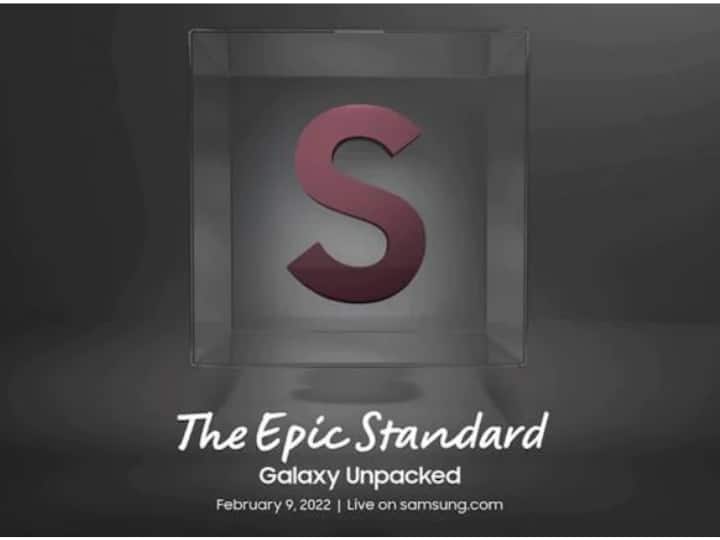 New Delhi: Samsung’s much-awaited flagship, the Galaxy S22 series is set to debut at the company’s Unpacked event in February, Samsung has confirmed and also hinted at the revival of the Galaxy Note. The super-premium of the lot, the Galaxy S22 Ultra, may have a lot of similarities with the Galaxy Note. “At Unpacked in February 2022, we’ll introduce you to the most noteworthy S series device we’ve ever created. The next generation of Galaxy S is here, bringing together the greatest experiences of our Samsung Galaxy into one ultimate device,” TM Roh, President and Head of MX Business, Samsung, wrote in a blog post.

According to previous leaks and rumours, the Samsung Unpacked event would take place on February 9 and now, the tech giant has confirmed that the Galaxy Unpacked event for the S22 lineup would be held on February 9 at 10am ET or 8:30pm IST. The South Korean tech giant also hinted at the revival of the much-loved Galaxy Note series. “At Unpacked in February 2022, we’ll introduce you to the most noteworthy S series device we’ve ever created,” Roh noted.

“We know many of you were surprised when Samsung didn’t release a new Galaxy Note last year. You loved the unparalleled creativity and efficiency of the Galaxy Note series, which enabled you to switch from gaming nirvana to high-octane productivity in the blink of an eye. You raved about the lifelike S Pen, which many say rivals putting ink to paper. And we haven’t forgotten about these experiences you love,” Roh added.

Samsung’s blog post, however, does not necessarily indicate that it would launch a new version of the Galaxy Note during the Unpacked event. According to the blog post,  the tease ends with the Ultra series phone, thus, adding to speculation that the Galaxy S22 Ultra could be positioned as the sequel to the Galaxy Note.

It should be noted that several leaks and rumours have indicated that the Samsung Galaxy S22 Ultra would replace the Galaxy Note.