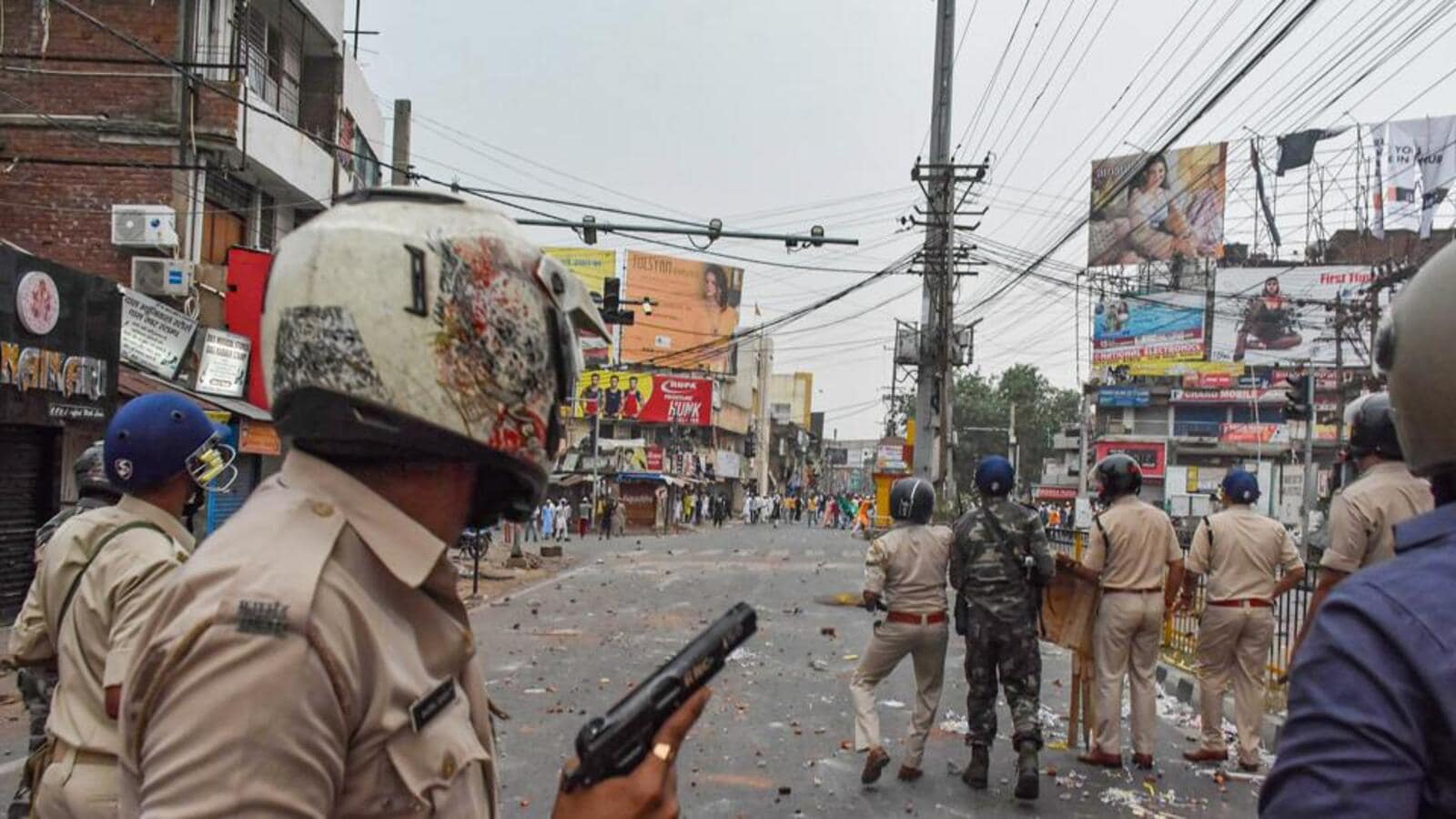 Two young men injured in the violence that erupted in Ranchi during protests against controversial comments on Prophet Mohammed by former Bharatiya Janata Party (BJP) spokespersons have died at the city’s Rajendra Institute of Medical Science, police said on Saturday.

The administration on Saturday decided to extend the suspension of mobile internet services, which were earlier disconnected till 6am on Saturday, till further orders. Prohibitory orders under Section 144 of the criminal procedure code are already in place, officials said.

The two men who died in Friday’s violence have been identified by the police as Mudassar alias Kaifi and Mohammed Shahil. They were in their early 20s.

About a dozen people were injured in violence that erupted at the centrally located Daily Market on Mahatma Gandhi Road after a crowd gathered near Firayalal Chowk after Friday prayers, officials said.

The protest later turned violent and police eventually fired in the air to disperse the mob.

As some Hindu groups called for a day-long bandh on Saturday, the Ranchi district administration extended the Section 144 prohibitory orders to 12 police station area limits in the state capital.

“Though only Section 144 (and not a curfew) has been imposed which bans assembly of more than four people at a place, I request people not to venture out without necessary work,” Ranchi deputy commissioner Chhavi Ranjan told reporters.

Jharkhand chief minister Hemant Soren on Friday appealed to not people not to take the law in their hands. “We are going through testing times,” he said.